Alberta was devoted to her family and friends, and was an enthusiastic and effective supporter of the arts.  She was proud to have been a 50-year docent at the Nelson-Atkins Museum of Art and served as president of the Friends of Art at the Nelson.  She was a member of the Society of Fellows.  She was a member of the Kansas Arts Commission, and served on the Advisory Board of KU’s School of Fine Arts.  Alberta loved the Symphony, and attended regularly up until the summer.  She had served as president of the Women’s Division of the Kansas City Philharmonic.  She was one of the founders of the Kansas City-area chapter of the National Museum of Women in the Arts.

Alberta had been a member of Village Church for nearly 60 years.  She played an active role there, serving as Elder, Deacon and Stephen Minister.

Alberta was preceded in death by her parents and her husband of nearly fifty years.  She is survived by her daughters and sons-in-law, Andrea McGrath Wehner (Alex) and Virginia McGrath Popper (Robert); her brother and sister-in-law, Dr. Paul D. Johnson and Rebecca Swander Johnson; her adored four grandchildren, Helen and Andrew Wehner, and James and Carolyn Popper; and nieces and nephews. She also leaves behind her dear companion Joe Johnson.  She was a beloved mother, grandmother and friend, who always could be counted on for good advice, intelligent conversation and an enlightened viewpoint.  She will be missed.

Memorial donations may be made to KU Endowment in support of the Donald and Alberta McGrath Scholarship in Fine Arts. Send donations to KU Endowment, P.O. Box 928, Lawrence, KS 66044 or give online at www.kuendowment.org/givenow. 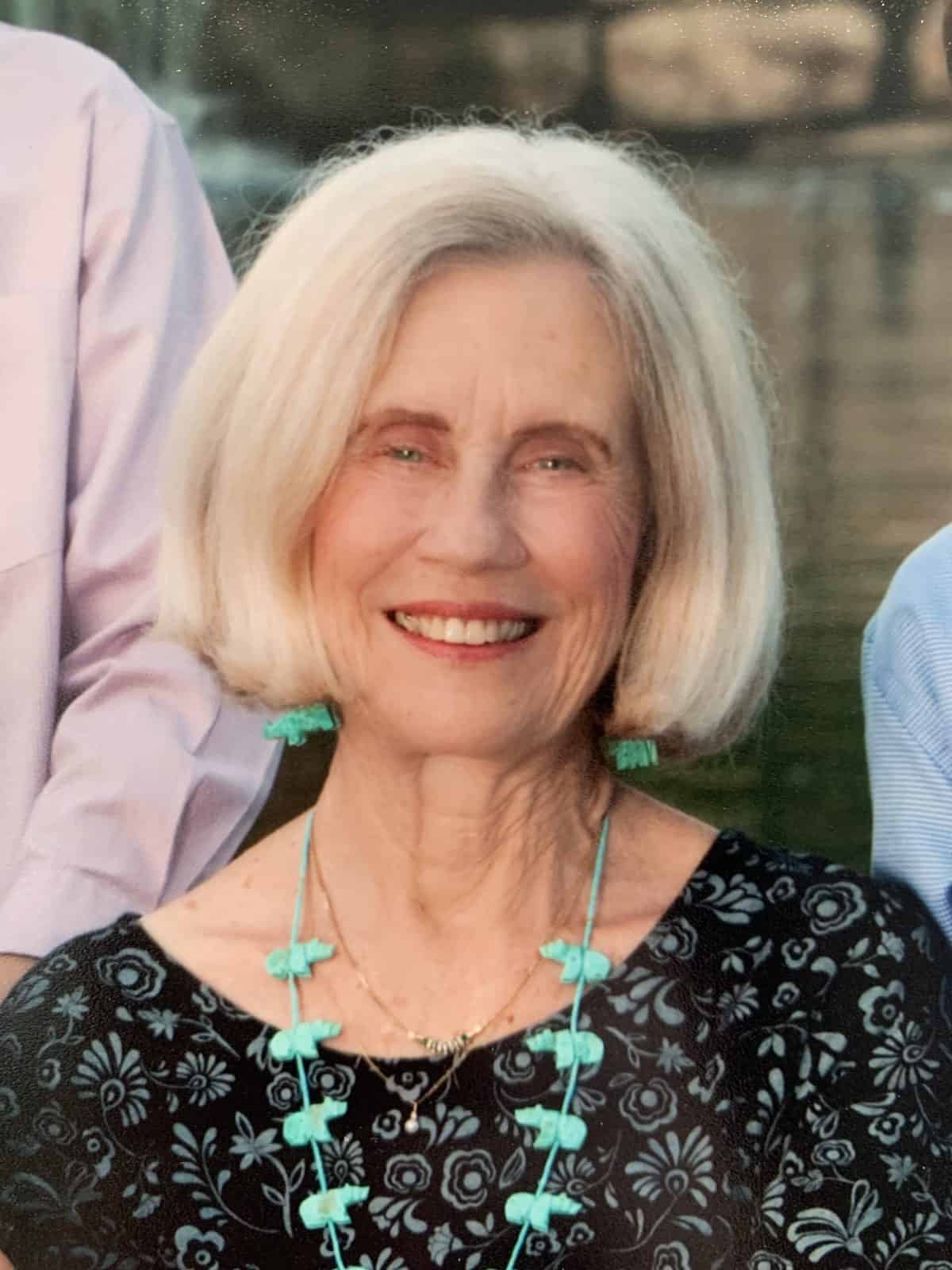 Sweet Andrea and Virg-
Your mom was such an inspiration to us all. One of my fondest memories was sitting beside her (and your dad) at KU basketball games. They would produce a bleacher picnic- turkey sandwiches and apples. She was such a bright light, and I LOVED hearing her stories of cheering for KU.. and the outfits she wore. What a wonderful lady and I know she’s incredibly proud of you both. Lots of love and prayers for comfort. ❤️❤️❤️