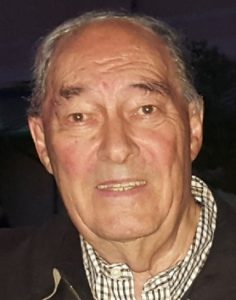 Dean Edward Floyd, 86, Overland Park, passed away Sunday at Olathe Health Hospice House. Mr. Floyd was born on June 22, 1935, in Herington, Kansas, where he lived until attending college at Kansas State University. He graduated with a BA degree in Business, was a member of Delta Sigma Phi fraternity, while there he met the love of his life, his wife, Maryem Henshall.
He worked as an Accountant with NCR, H.D. Lee, and Blue Cross Blue Shield, where he was the Director of Internal Audit. He volunteered with FFA, Junior Achievement, Indian Guides, Boy Scouts, Southridge Presbyterian Church, COR, and served as President of the Parkinson Assn. of Greater Kansas City and as a Councilman in Overland Park.
He was preceded in death by his wife, Maryem in October, 2021.
Survivors include his daughter, Jennifer Wittert of Calabasas, California; his two sons, David of Overland Park and Stephen of Lenexa; and four grandchildren: Katharine, Victoria, Nicole, and Dean.
The funeral will be at held on Saturday, Dec 11th at 4pm at United Methodist Church of the Resurrection (COR) Firestone Chapel, 13720 Roe Ave, Leawood, with Pastor Jeff Kirby officiating.
Memorials may be made to the Parkinson’s Foundation Heartland.
0 0 votes
Article Rating
Subscribe
Login
1 Comment
Oldest
Newest Most Voted
Inline Feedbacks
View all comments

Hoping that Memories
Will ease your sadness
As you remember
Your favorite moments…
And that the blessing of peace
Will carry you through
The days to come.
Thinking of you
with Sincere Sympathy,