Jeanne Cronin Hallinan of Olathe, Kansas, passed away peacefully on November 6, 2019, in her home at the Santa Marta Retirement community.

Jeanne was born in Chicago, the daughter of John and Virginia Cronin. While attending college after World War II, she met a cute guy named George Hallinan, who lived in the fraternity house across from her sorority house. He was just out of the navy and like many others of his generation, attending college on the GI Bill. Jeanne and George became a couple, and soon knew they were meant for each other. They married and started a family, having a daughter named Barbara. George’s education as a fire protection engineer brought them to the Kansas City area, where they had another child named Robert.

Jeanne was the perfect stay-at-home mother, getting involved in all of her children’s activities and making the house a wonderful home. Jeanne also found time to volunteer, both with the Ladies of Charity and as a volunteer at the St. Joseph Medical Center. As the children grew older, she and George loved to travel, sometimes as part of George’s business, and they enjoyed manytrips to places like Hawaii, Alaska, London and Ireland. One of their favorite memories is when they each bent over backwards to kiss the Blarney Stone!

As grandchildren Patrick and Mary arrived, they became Nana and Papa, doting grandparents, eager to baby sit and take the kids on fun trips around the city. They were regular fans at the kids’ baseball and softball games and piano recitals.

When the love of her life, George, passed away, Jeanne decided to chart a new course of independence, moving into a wonderful two-bedroom apartment at Santa Marta. It was only two blocks from her son Bob’s house, and she was able to be an active part of the Hallinan family.

In her later years, she still enjoyed attending family holidays, birthdays and weddings, and she even managed to take a plane ride in Cousin Roger’s single-engine Cessna plane!

Jeanne always loved flowers, and the best gift she could get for her birthday or Mother’s Day was a big spring bouquet…full of vivid colors of the season. You’ll notice the large bouquet adorning her casket reflects that love of spring flowers. She’s no doubt smiling down from heaven.

Jeanne was preceded in death by her parents and husband George, as well as her daughter Barbara. Survivors include her son, Robert (Gene), grandson Patrick (Grace) and granddaughter Mary Puckett, as well as great grandchildren Wyatt Puckett and Justin Hallinan.

Visitation is Thursday, November 14, 9:30 a.m.-10:30 a.m. at Holy Trinity Catholic Church, 92nd and Pflumm, Lenexa, Kansas. Funeral Mass follows at 10:30, immediately followed by funeral luncheon in the church social room. Burial follows the luncheon at the mausoleum of Resurrection Cemetery, 83rd and Quivira, where she’ll join her husband for eternity.

The family suggests contributions in Jeanne’s name to the Santa Marta Employee Fund. 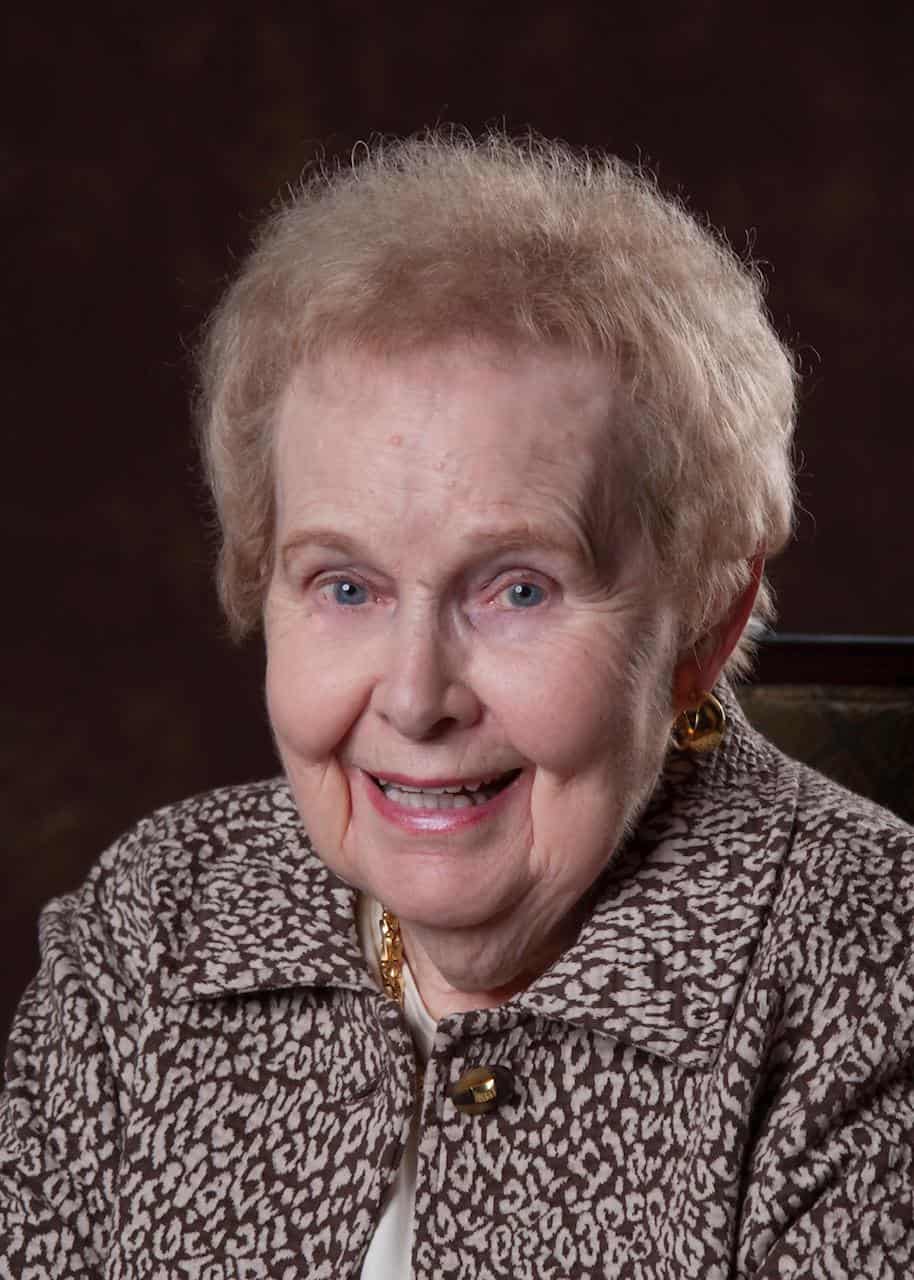