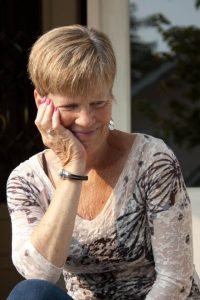 On Thursday, December 29, 2022, Martha Lowe passed away from ALS at the age of 76. She was surrounded by her family at her home.
Martha was born on November 9, 1946 in Kansas City, Missouri to C.H. Sr. and Frances Sapp. She had six siblings, Harold Sapp Jr, Mary Sapp, John Sapp, Millie Mallot, Bill Sapp, and Joe Sapp. She went to Southwest high school where she met her future husband, Bill. After high school, Martha joined the United States Navy and served for three years. She married Bill Lowe in January of 1968 and they had three children, Michelle Atchity, Casey Lowe, and Courtney Sickler. Martha worked for the Army Corps of Engineers for 30+ years as a budget analyst and project manager. She was a wonderful gardener and devoted wife, mother, and grandmother. She will be remembered for her quick wit and easy nature. Martha was very fond of her many groups of friends and was an amazing supporter of those she loved. Martha is survived by her husband, Bill, their three children, seven grandchildren, and six siblings.
No formal service will be held. A celebration of life will be held at a date TBD. If you would like to make a donation in place of flowers, Martha believed in this organization: The Whole Person | People with Disabilities Leading Independent Lives
5 2 votes
Article Rating
Subscribe
Login
4 Comments
Oldest
Newest Most Voted
Inline Feedbacks
View all comments

So thankful and fortunate to have shared so many years as a brother to Martha, years that provided countless good memories that will always be cherished. Martha was a wonderful person who brought life and happiness to her family. I loved having her as my sister, she will be dearly missed.❤️

Such sad news. Having dinner with Martha and Bill was always the highlight of Jim and my trips to Kansas City. Martha’s easy going personality made me feel like I’d always known her forever. Our conversations often centered around our kids, and I know how much she loved all of you. Bill and Martha were a special couple. I know she’ll be very much missed.

Martha was a sweet yet funny gal with a huge heart and quick wit. She will be missed by everyone who knew her.🥰🥰🥰

I met Martha at Einstein bagels in Prairie Village where she would meet with Paul Barber and Glen Davis and several other Army Corps engineers. They were all such a fun and engaging group. Godspeed Martha and peace to her family.