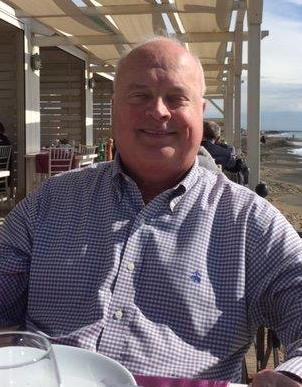 After graduating from Smith-Cotton High School in Sedalia, John obtained his BA in history in 1969 from Georgetown University and his Juris Doctorate in 1972 from Northwestern University.

John’s legal career began in Kansas City, MO at Morrison Hecker LLP (now Stinson, Leonard, Street).  During his partnership at Morrison Hecker, John worked on some of the largest and history-making cases in the U.S. He also served as a member of the firm’s management team, pioneering the expansion of the firm into what now has grown to 13 locations across the country.

Following his retirement in early 2013, John continued his legal service by volunteering with Legal Aid of Western Missouri’s Economic Development Unit, where he spent hundreds of hours serving the needs of the Kansas City community. His strategic advice led to the recovery of nearly $1.5 million for rehabilitation of eight distressed apartment buildings in Kansas City’s midtown.

In May 2016, the Kansas City Metropolitan Bar Association awarded John with the Robert C. Welch Volunteer Attorney Project Award, an award that is presented annually to attorneys who have demonstrated an exemplary commitment to the delivery of pro bono legal services in the Kansas City community.

A once avid skier and golfer, Mr. Owen had been a member of Indian Hills Country Club, and more recently of La Quinta Country Club in La Quinta, CA.

John renewed his faith in 2012, when he was welcomed into full communion with the Catholic Church.

John was preceded in death by his parents.

John was a true gentleman. We will miss his annual trip to Florida to renew our friendship.