After a long and courageous health battle, Rosemary Sailler passed away surrounded by family on December 19, 2020.

Rosemary was born on March 29, 1953 in Kansas City, Missouri to David and Mary Jo Ryffe. She graduated from St. Teresa’s Academy. Rosemary earned her Bachelor of Arts in Special Education from Avila University.

Rosemary met the love of her life and best friend, Charlie, on December 9, 1978. She was the best birthday surprise Charlie ever received. They were married on July 29, 1979. Rosemary’s heart and soul were Charlie and their daughter, Michelle. Michelle was Rosemary’s pride and joy. The bond they shared is unbreakable.

Throughout her numerous health battles, Rosemary never complained. She remained hopeful and positive until the very end. Her example of courage, perseverance, strength, grace, compassion, and love of family will live on forever.

Rosemary was a gifted baker and cook. Her lasagna, meatballs and Italian cookies were like no other. Some of her favorite hobbies included attending concerts and dancing events.

Visitation will be held on January 2, 2021 at Queen of the Holy Rosary Catholic Church in Overland Park, Kansas from 9:00-11:00 am. Mass of Christian Burial will follow at 11:00 am. Burial will take place at Resurrection Cemetery in Lenexa, Kansas. 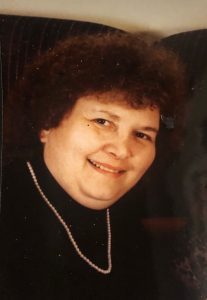