CATHERINE JOAN HEIDT
February 18, 1935-June 4, 2019
Catherine “Joan” Heidt peacefully passed away on June 4, 2019 at the age of 84 in Platte City, MO.
Joan was born in Sheridan, OR, to parents Ray and Anne Keagbine, their fifth and youngest child.
She attended local schools until she graduated from high school, after which she joined the Benedictine Convent in Mount Angel, OR. She remained there for about 7 years, when it was determined her vocation lay elsewhere.
At this time she went to nursing school in Boise, ID, where she earned her LPN Nursing degree. She then returned to Oregon and eventually, in 1961, married Joseph “Stan” Heidt, an electronics technician. The couple bore nine children. They lived in Salem, OR until 1978 when they decided to buy a farm in Lebanon, OR, where she and Stan raised produce for many years until poor health forced their retirement and subsequent move to Veneta, OR in 2007.
There, she and Stan made their home, with the assistance of their son Matthew and his family, until it was necessary for Stan to go to a nursing home. Joan was then taken into her daughter Dianne’s home in Platte City, MO where she lived out her final years.
She was preceded in death by her husband, two sisters, two brothers, and one infant grandson. She is survived by her children, Stella Smith, of Price, Utah; Dianne Davis, of Platte City, MO; Chris Heidt, of Forest Grove, OR; Pete Heidt, of Bend, OR; Jim Heidt, of Wollferth, TX; Renee Vanderputten, of Florence, KY; Matthew Heidt, of Kalispell, MT; Loretta Lopez, of Belvue, KS; and Andrew Heidt, of Florence, KY. Also, 44 grand children and 18 great-grandchildren.
A Requiem Funeral Mass is planned for Tuesday, June 11 at 11 am, preceded by the Rosary, in St. Vincent de Paul Catholic Church in Kansas City, MO under the direction of Signature Funerals. Burial will be in St. Thomas a Becket Cemetery in Veneta, OR on Thursday, June 13, with Rosary and Visitation at 10am and the Requiem Mass at 11am, under the direction of Andreasson Funeral Home. 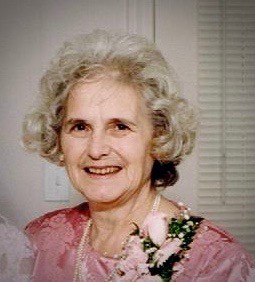