Edward L. LeCluyse Sr, 92, of Leawood – beloved husband, father, grandfather, great-grandfather, uncle and friend – died suddenly but peacefully on Saturday, March 14, 2020, in Excelsior Springs, MO, surrounded by family members. Ed was born on January 18, 1928, in Kansas City, and lived in the Kansas City area most of his life. He was a graduate of St. Francis Xavier Grade School, Rockhurst High School and College, and the St. Louis University School of Dentistry. Ed enlisted in the US Navy on his 17th birthday and served his country from 1945-1946 in the Pacific Northwest. Ed met the love of his life, Anne Gleason, in 1950, and they married two years later. Anne and Ed were married more than 67 years at the time of his death. After graduating from dental school, he served again in the Navy, as a lieutenant, from 1954-1956in San Diego.

Ed was an outstanding dentist, working more than 40 years as a general practitioner before retiring in 1995. Ed was a devoted and dedicated father, and together with Anne raised seven children. He had a good sense of humor and a quick smile. He was quite talented as a fixit-handyman around the house. As the son of a farmer, Ed loved to cook and (of course) eat – sometimes some quite unusual fare! He and local squirrels had a decades-long battle that the squirrels definitely won. However, Ed had a heart of gold, and his bark was worse than his bite.

Ed loved to play snooker, and was a remarkably skilled maker of stained-glass windows and lamp shades. He made it a point to give back in life. He helped patients who were in financial need, and celebrated his 70th birthday as a volunteer dentist in Guatemala. He was a 20-year volunteer for Catholic Charities of NE Kansas, helping with food pickup for St. Mary’s Food Kitchen.  Ed was a lifelong Democrat and Catholic, and a member of Curé of Ars Church.

Memorial Mass will be held at Cure of Ars Catholic Church at 1pm on March 20, 2020. Burial of his ashes will take place at Calvary Cemetery in Kansas City. The family requests no flowers and suggests memorial donations be made to Bishop Sullivan Center, 6435 Truman Road, KCMO, 64126.  Please check www.signaturefunerals.com for updated service information. Assistance by Funeral Advocates, LLC. 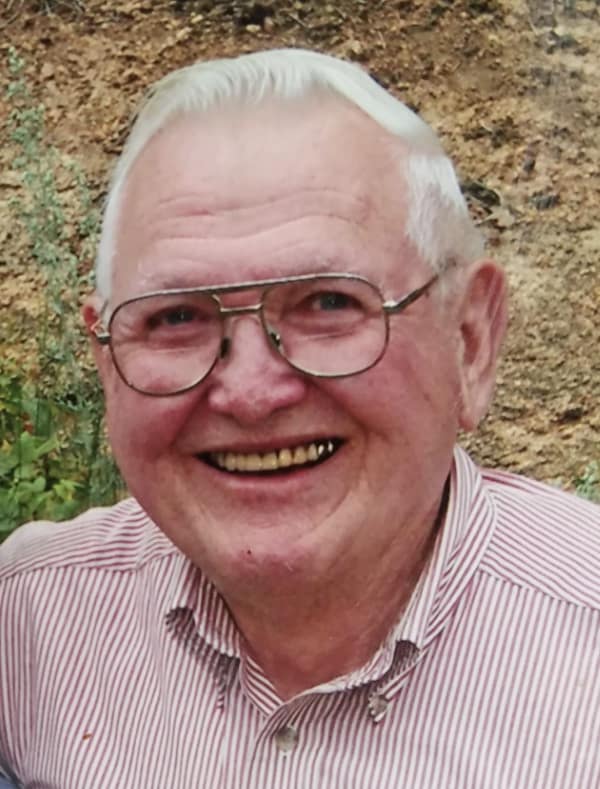