Frances Graves Maritz Grossman, was born in Wilmington, Delaware, on August 19, 1922, to Alden Wadsworth Graves and Elizabeth Fothergill. She was preceded in death by her brothers, Richard W. Graves and Alden W. Graves, Jr. She is survived by her half-sister, Debbie Graves, of Tucson, AZ; her five daughters, Melanie (Michael) Cavender, Christy (Michael) Berlau, Stevie (Dwayne) Casbeer, Pagie (Mike) Beeson, Kim (Russ) Merritt; her son, Lloyd (Dianne) Maritz; and their families. She was grandmother to five and great-grandmother to seventeen.

Fran grew up in Ohio, graduating from high school in Worthington. She attended Ohio Wesleyan University in Delaware, Ohio, where she met her future husband, Lloyd Paul Maritz, Jr. They married in 1946 and lived in St. Louis, MO, and then Leawood, KS, where they raised their six children. Fran enjoyed gardening and had a flair for interior decorating, like her mother. The Maritz house was a welcoming “hang out” for friends and neighbors, and Fran often set extra plates for breakfast or dinner. Fran and Lloyd were “swim team parents,” with many hours spent at Leawood Country Club. In the mid-sixties, Fran began working in retail sales, and was known to many as the manager of Coach House at Metcalf South Shopping Center in Overland Park, KS.

Another chapter of Fran’s life took place at Lake Lotawana, in Lee’s Summit, MO, where she and her second husband, Edwin Grossman lived for over 25 years. Fran was well known in her role as Administrative Assistant for the Lake Lotawana Homeowners’ Association. She was involved in all goings-on at the lake, and loved helping the residents and tackling local government issues. She lived there until her move to John Knox Village where she spent her final years.

We remember Fran — with her classic beauty and style, her work ethic and generosity, her humor and friendliness. The family will gather privately to remember their mom: the original “Maritz girl.” 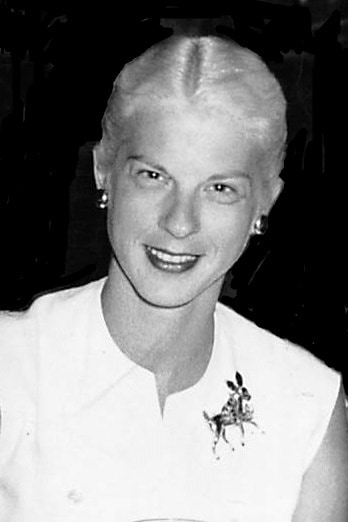