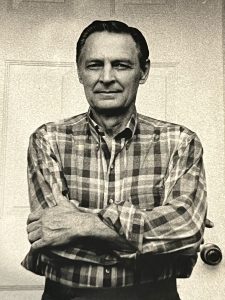 Pete passed  at his son’s home in Overland Park on Saturday April 23, 2022,  surrounded by family. The son of John Holly Mitchell, Sr and Mrs. Pauline Dickey, Pete was born on December 16, 1930 in Blackwell, Oklahoma.  He was raised on a farm in Centerville, Kansas , one of 7 children, and attended Parker High School. Pete graduated early to join the army in 1947 and is a veteran of WWII. He returned to Topeka where he attended Washburn University, worked hard, built a house with his own two hands, was married and had a family. Pete moved to Kansas City in the late 50s where he later served as a director for American Academy of Family Physicians for 25 years.

Pete is survived by his children Sheri Weedman and Michael Mitchell both of Kansas City, their spouses, 5 grandchildren and 2 great grandchildren who loved him very much and will miss him a lot. He was a loving father and grandfather, a man of many interests, incredible capabilities and endless enthusiasm. He was a disciplined athlete for 50 years,  having run many marathons and bicycling cross country multiple times. Pete logged 1000s of miles running, and was a huge advocate for good health. He spent the last 30 years of his life living in Tampa Florida where he could vigorously pursue his passion for physical fitness. He returned often to Kansas City – sometimes by bicycle – to spend time with family. May Pete rest in peace with our Lord, and run marathons on the streets of gold!

Pastor Fred Daniels will officiate his funeral at Colonial Presbyterian Church, 12501 W. 137th St, Overland Park, KS 66221, Overland Park Campus, at 10:00 am on Monday May 2. He will be laid to rest in Paola Cemetery near his brother and mother. 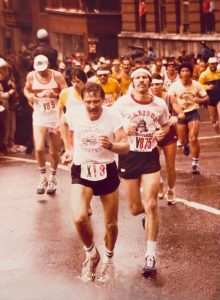