Siblings Jackie Lee Harris and Jami Lou Harris both passed unexpectedly within a six-week period. Jami passed away in her home January 24, 2020. Jack passed at a local hospital on March 6, 2020.

Jami was born in Bethany, Mo., to Jim and Bettie Harris on January 8, 1960. Three years later, Jack was born on January 20, 1963, in Kansas City, Ks. The two grew up in Overland Park, Ks. Both were barrel racers in the local rodeo circuit for Benjamin Stables as children. Jami did some modeling in her youth and also enjoyed ballet, tap, and dancing. She was the youngest member of Kansas City Chiefs’ Chiefettes dancing team, joining the squad at 13 and touring with the organization in Europe. Jami attended Shawnee Mission South High School before the siblings and their mother moved to Monterey, Cal., in 1978. Jack attended Carmel High School in California before the two went to work as hair dressers for the family business, Hair 4 Us, when Jack was 18 and Jami was 21. They both attended the Monterey Peninsula Academy of Hair Design.

Jami married Michael Richard in 1975; they had one child, Logan Richard. Jami moved to Gallatin in 2013 and lived there until her death. She was an animal lover and antique collector, especially buttons and marbles.

Jack joined the Paul Mitchell team in 1990 and married Jackie Kuel; they were married for six years. He moved back to Kansas City and worked at several salons during his career, including Changes, DuValls, Masters Touch, and Starmakers. He was a sketch artist and music lover who could play both guitar and harmonica. He was also very interested in his Indian heritage, and collected many related items.

UPDATE:  Services have been postponed to a later date, due the the current virus outbreak. 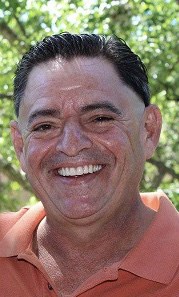 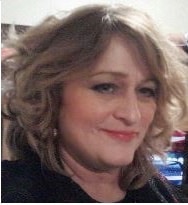 I will do my best to be there, I have a previous commitment at 2:30 but will try to stop by for a few minutes. Love and prayers to all.

Bettie, You are in our thoughts & prayers. Our sincere condolences to you & family. Love, Julie & Ronnie Drummond

Betty, I am so sorry to hear about Jack. You are in my thoughts and prayers.

My thoughts and prayers are with you both as you maneuver through this most horrendous time in your life. Not being able to lay them to rest due to what is happening in the country must add additional stress to your lives that no one can image. God bless and watch over you both!