James Corwin (Jim) Sherman departed his physical body transitioning into eternal LOVE on June 27th, 2020 after suffering years from COPD, acute arthritis and macular degeneration.
Jim was born August 23, 1934 In Pittsburg, Kansas to Eugene Debs Sherman and Ruth Jones Sherman. All of Jim’s education was in Pittsburg first attending Lakeside elementary and junior high, 1939-1949. Pittsburg High School and Pittsburg State University formally Kansas State Teachers College where he was also a member of ROTC. Upon graduation in 1956 he was commissioned a second lieutenant in the US Army Armored Division.

In 1958 Jim married Sandra McCoy. He was blessed with children from that marriage, Brent, Mark, and Leigh.  Jim’s professional career began with the Arrow Shirt Company from 1959-1991 first as salesman and then Regional Sales Manager.

After his divorce, he contacted Donna Robson in 1985 and together they rekindled the love that began in their teen years in Pittsburg. They married in October.
In 1991 they moved to Lake Kiowa, Texas and Jim was active in real estate sales in that community. There they delighted in playing golf, fishing, socializing with new friends and dancing. In 2006 they moved back to Kansas to Overland Park to be near family.  Jim exhibited an incredible ability to know and understand people, allowing and encouraging them to be their best selves.
Jim lived a life of deep faith his entire life, beginning in the Presbyterian Church. He and Donna found the Unity Church together in 1990. It deeply changed and blessed each of them spiritually and personally, and strengthened their loving union deeper.

Our family is deeply grateful to Dr. Marsha Weaver and her medical staff, as well as the St. Luke’s Home Hospice team for their dedication and outstanding care to Jim and Donna during these past few months.   Our hearts and souls were touched continually with love and prayers from Unity Church of Overland Park.

While we miss you so, Jim, we thank you for blessing us with years of joy-filled love together.
If you wish, donations may be made to your charity of choice.  Memorial service at a later date. 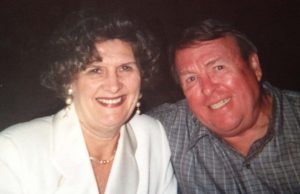 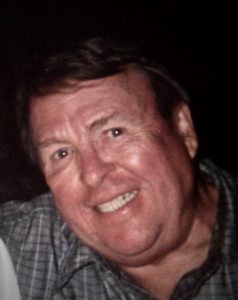 Donna, I can’t even express how sorry I am to hear of Jim’s passing! I hold you in my heart and I send you love and light and so many blessings for strength as you journey forward! We know that Jim that is with you in spirit already! At least he is free from all of the ailments and what a blessing is that. I send your family such condolences and prayers. I know God will lift your family up. I will be over to see you very soon and I am here for anything I can help you with! Your neighbor, Lisa