Jane McCoy (nee Barnhart) of Prairie Village, KS passed away peacefully on October 19th, 2020 following a long and valiant battle with cancer. Jane was born in Kansas City, MO to Fred and Margaret (Meg) Barnhart. She graduated North Kansas City High School and soon after married her first husband, GaryCaruthers. To this union two children were born, Jill and Jeff. The family made their home in Wichita where Jane raised the children and began a lifelong career as an interior designer.

After the children were grown, Jane married Frank McCoy and relocated to the seaside village of Padanaram, Massachusetts. It was here that her talent as a designer and businesswoman truly blossomed. In addition to designing many homes along the Eastern Seaboard, Jane opened Trappings, a decorative accessory and gift boutique. The shop was a tremendous success thanks to Jane’s hard work and love of people and beautiful things.

In 2010, Jane retired to Prairie Village to be near her family. Of all the roles she filled in life, “Grammy Jane” was her favorite. She doted on her grandchildren and was so proud of their accomplishments. During retirement, Jane enjoyed spending time with family and friends,walking her beloved dog, Sophie, shopping, decorating her home for various holidays, gardening in her courtyard and perusing many decorating magazines. Jane will always be remembered for her sense of style and her passion for adding beauty to the world.

The family would like to express their sincere gratitude to Christine Keele, Jane’s dear friend and loving caregiver who made it possible for Jane to stay in her home, as well as Kansas City Hospice for the exceptional care they provided to Jane in her final days. Private family services were held.  Assistance by Funeral Advocates, LLC. 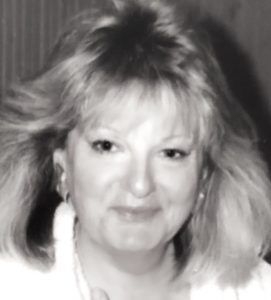