Jeanette “Tootie” K Martin passed away peacefully on May 9, 2017 at the age of 75. Tootie, a nickname her mother gave her at an early age, was born on April 12, 1942 in Omaha, NE and after several moves throughout her life resided the last 30 years in Overland Park, KS.

She met her husband John Martin at a dance the second week of her freshman year at the University of Nebraska. They had a wonderful marriage 52 years long.

Tootie’s pride and joy were her two daughters: Jane and Jennifer, watching them both graduate from college and pursue their dreams. She enjoyed golf, reading, baking and in later years spending weekends sailing. Tootie traveled to Europe several times but her favorite vacation place was a summer home in Maine with the family.

She was very involved with her church in Naperville, IL serving as a deacon and the Wednesday night youth program director. After moving to Overland Park, her bible study group became big part of her life. Over the last couple of years she turned her love of knitting into a blessing by creating scarves and shawls for the women in the ICU at Olathe Medical Center and Knit for Kids, which supplies sweaters to orphanages around the world. Tootie was a member of PEO, Chapter HJ.

She is preceded in death by her parents, Eldridge and Helen Scurr, brother Ernie Egbert and daughter Jennifer Villegas. She is survived by her husband John, daughter Jane (Doug) Borcherding, son in law Ralph Villegas and five grandchildren: Rachel, Audrey and Anna Borcherding, Alex and Katy Villegas,and two sisters
JoAnn (Bob) Chedester, Betty Brehm and many nieces and nephews.

A celebration of life will be held on Monday, May 22 at 11am at the Village on Antioch Church (formally the Presbyterian Church of Stanley) 14895 Antioch Rd Overland Park, KS 66221. Family will be receiving friends before the service beginning at 10am. In lieu of flowers, donations may be made in memory of Tootie to Cornerstone Presbyterian Church PO Box 23603, Overland Park, KS 66283. 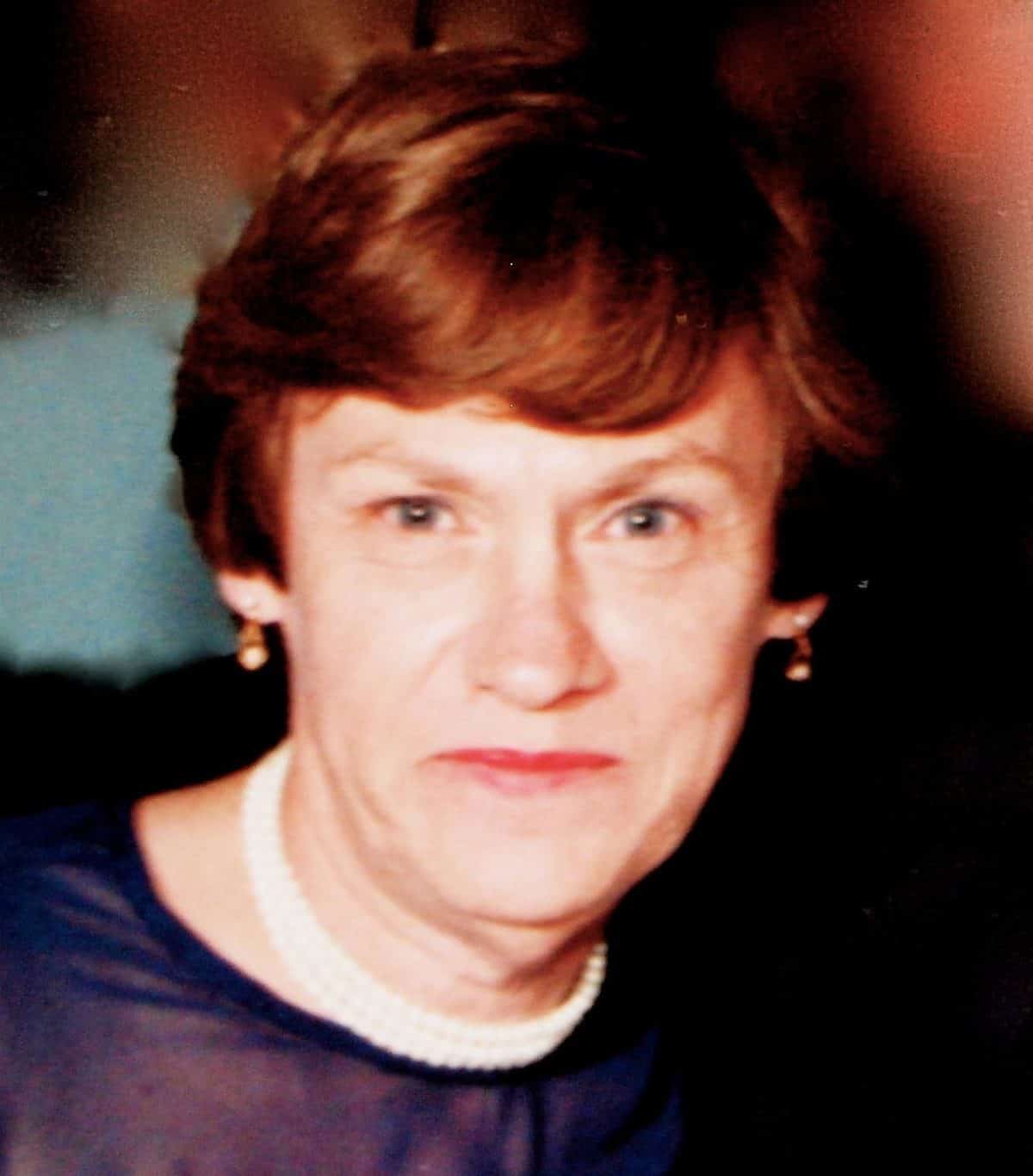 Precious, beautiful woman! May her memory be eternal!

Tootie was my first friend when we moved to Naperville. I treasured her friendship. She will be missed. My love and prayers go out to the family. Memory eternal!