John attended St Paul’s Episcopal Day School from preschool through middle school. He graduated from The Pembroke Hill School in 2006. He attended Fort Lewis College in Durango, Colorado, and the University of Colorado in Boulder.

John’s true gift in life was in problem solving which served him well in many ways.

His love of the outdoors can be credited to his godfather, John McGee. From his godmother, Jane Hollander, he received unconditional love.

“Coach Webby” as he was known, had worked with the Pembroke Hill School lacrosse team since the 2010 season. John’s love of the game and depth of knowledge of the sport helped propel the team to four State Finals and multiple Final Fours during his 10-year tenure. He was beloved by his current and former players.

Recently, he had begun coaching the sixth grade basketball team and was able to touch the lives of many young players in the middle school in a sport that he excelled at while at Pembroke Hill.

John joined his mother at Reece Nichols real estate in 2017. By 2018 his career had taken off, with his clients referring to him as knowledgeable, honest, and always having their backs.

John’s friends remember him as a true outdoorsman, passionate, adventurous, charismatic, fun, athletic, and possessing a great sense of humor. He was an honest person, trustworthy, polite, and always a gentleman. In addition, John was unassuming, amusing, witty, and genuine. He was a loyal friend with a kind heart. He had the ability to make others feel comfortable and make them laugh. John was a great man, and he will be missed. May he always be remembered with a smile.

John was predeceased by his grandparents, Mary Frances Turner and James Earle Turner and Audrey and John Merritt Webster and by his uncle, John Turner.

His survivors, in addition to his parents, are his aunts and uncles, Nancy and Pete Menihan, Peter Webster, Pam and Bob McCausland, James and JoAnn Turner, and Denise Ragsdale Turner, as well as many cousins and his beloved dog, Gatsby.

A Celebration of John’s Life will be held in Phillips Gym at The Pembroke Hill School on July 7, 2019 from 2PM to 4PM. In lieu of flowers, it is suggested that donations be made to Pembroke Hill / John Webster Memorial Fund to be focused on the Lacrosse program and suicide awareness. 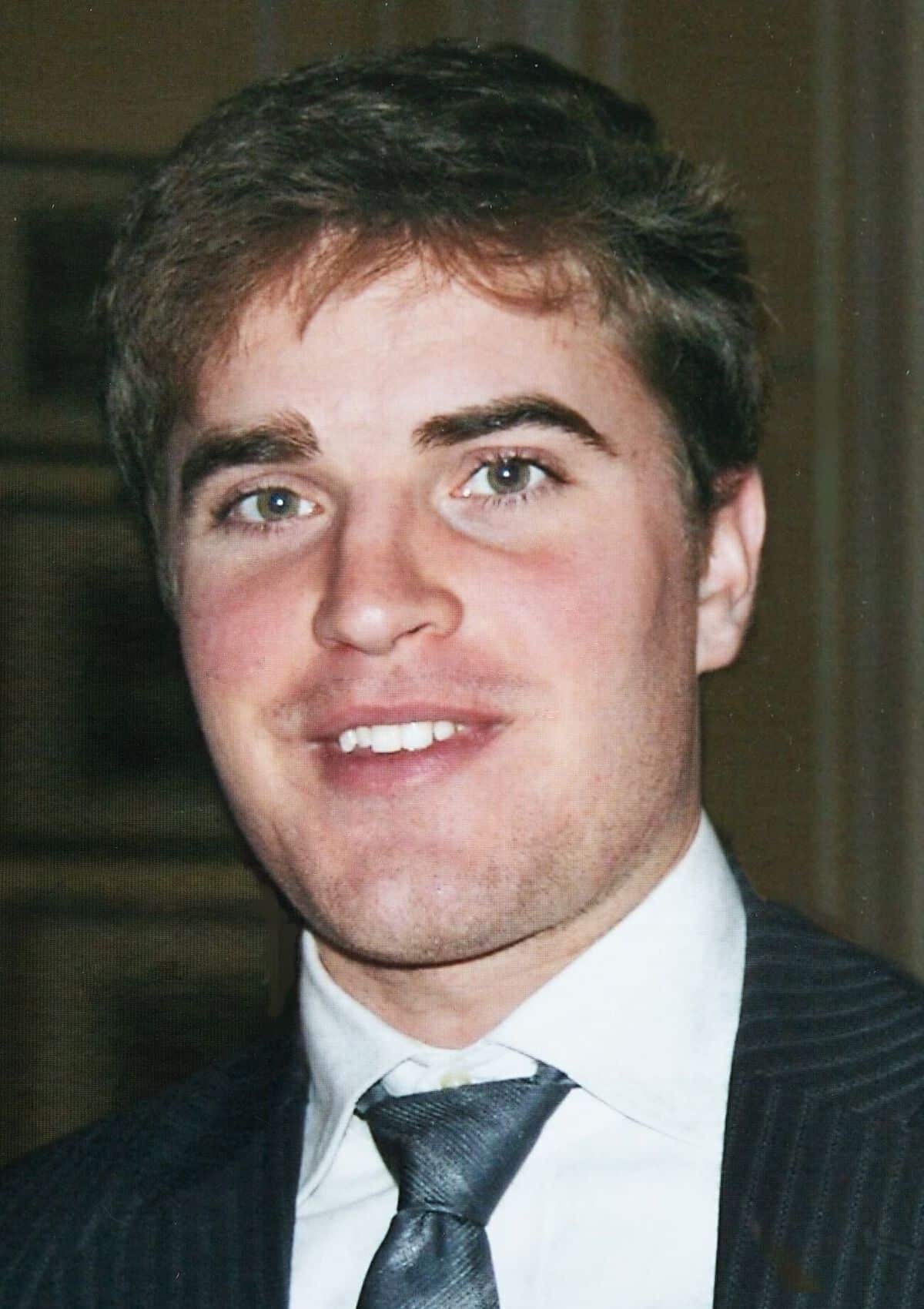 Sherry, I am so sorry for your loss and wish you and your family healing.

Sherry and John we are so sorry for your loss. Your charming sweet son will be missed by all who know him.

John, sorry for your loss.

I’m so sorry for your loss.