Mark Borel passed away peacefully in his home, Monday evening, May 14th, surrounded by family.

He lived 96 happy years, 75 years of which, he spent with to the love of his life, his wife, Margaret Borel.

Mark was born March 25th, 1922 in Kansas City, Missouri, to Swiss immigrants Jules and Juliette Borel.  He was one of six children; Paul, Pierre, John, Antoinette and Luc.

After graduating from Southwest High School, he attended and graduated from Kansas University and went on to study at Harvard as a Radar Officer.

In World War II he served aboard the Escort “Jeep” Aircraft Carrier U.S.S Hoggartt Bay, in the Pacific, participating in Anti-Submarine and Anti-Kamikaze escort duty for convoys and Fleet Actions.

Upon returning home from the war, June 1st ,1944 he joined the family business, Jules Borel & Co., 1110 Grand Boulevard, Kansas City, Mo.  He served first as Vice President, and then President from 1978 to 2011. Overall he spent 65 years in the watch making industry, including developing his own line of Mallard watches. 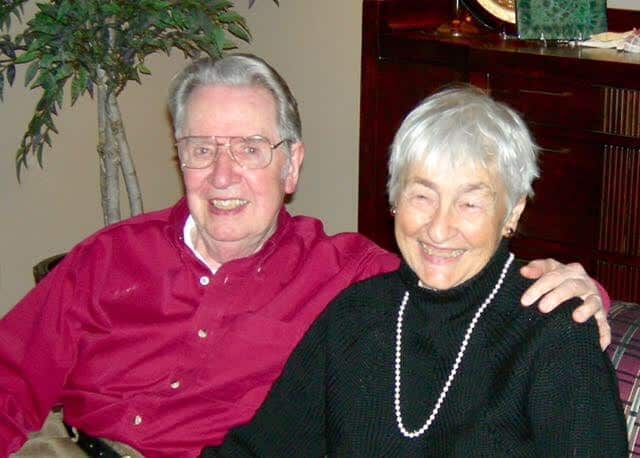