He was born Robert Francis Bruyn, September 14, 1945, to Danny & Elsie (Mesman) Bruyn in Pipestone, Minnesota. “Rob” was raised with four sisters: Marilyn (Louwerse), Brenda (Blom), Diane (Van Kley), and Lori (Keunen), which molded him into a philosopher and a skilled listener (mostly because he couldn’t get a word in).

A lover of learning and dedicated student, Rob graduated from Hospers High School (Hospers, IA) and earned degrees from Northwestern University (Orange City, IA) and the University of Kansas, culminating in a PhD in clinical psychology.

On November 4, 1972, he married Charlotte Ann Schmidt of Alma, KS. He served patients at Tri-County Mental Health for a number of years before starting a private counseling practice in North Kansas City in 1985. He finished his career in the non-profit sector in a supervisory capacity at Synergy Services. In retirement, he and Charlotte enjoyed traveling, spending time with their children and grandchildren, and golfing with friends.

A long-time student of the Urantia papers, Bob served as general counsel in the Urantia fellowship for more than 25 years. He sought to live by the profound wisdom and cosmic perspective found in the Urantia Book and found its spiritual revelation to be a guiding principle.

He is preceded in death by his parents. He is survived by his sisters; Charlotte, his loving wife of 46 years and their two sons Dan (Stephanie) and granddaughter Anna, Caleb and grandsons Noel and Isaac; his first wife, Aileen, and their daughter Nancy (Scott) Henness and grandchildren Andrew Henness and Robin Green, and great grandson Noah Green, as well as dozens of nieces and nephews.

A celebration of life will be held at Unity Temple on the Plaza on Saturday, January 19, 10:00 am. In lieu of flowers, Bob requested memorial contributions to Synergy Services or the Urantia Fellowship. 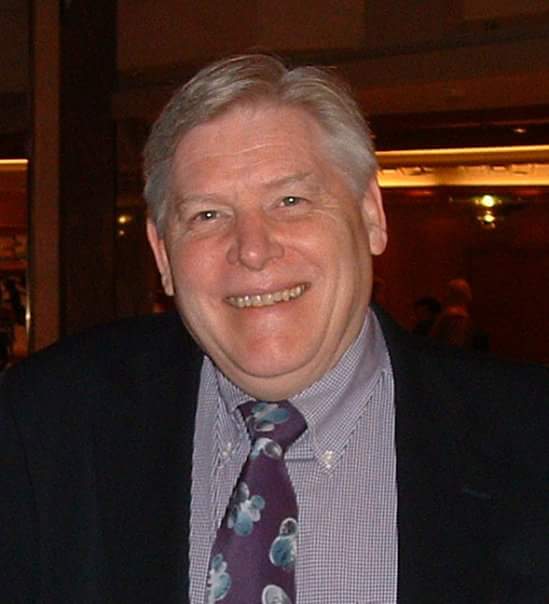 It is impossible to express the profound respect I have for Bob, along with love for the person he became. Gentle ways, wise counsel, steady leadersip, and remarkable accomplishments are the legacies he leaves for all who knew him. May peace passing all understanding remain for Charlotte and all his family. Well done. Well done Bob. I will miss you very much.

Both Cora and myself are recalling the
GOOD TIMES we had with “BUNNY” over the years.
He was absolutely a fun guy to be with.

My condolences to Rob’s family. I had the pleasure of working with him at Tri-County in 1983-84 and always appreciated his insight. Bob Briggs (PhD).

In remembrance of a wonderful man who shared the light of love, truth, and beauty with so many people.
Some people make a huge difference for the better in this world, and Bob Bruyn is one.
We’ll meet again someday.

Our prayers with Charlotte and family.