On Oct. 16, 2017 Robert Leon (Duke) Ellington was called home. Robert Ellington was born in Sabetha, Kansas on July 28, 1927 to James and Mabel Ellington. He attended Sabetha schools and graduated in 1946 from Sabetha High School. On May 15, 1948 he married Fannie Louise Hopkins of Kansas City, Missouri. In 1951, Robert was drafted into the United States Army and served in the Korean War. Returning home, he then worked for the United States Postal Service where he retired as a supervisor. Robert also worked as a security guard for Wackenhut for many years and also served in the National Guards. Robert loved football and was a diehard Kansas City Chief fan.

Preceded in death by his parents James (1989) and Mabel (1991) Ellington; brother James Ellington Jr. (2004). Robert will forever be loved by those he leaves behind. His wife of 69 years, Louise Ellington, four sisters Reba Hall of Overland Parks, KS; Phyllis Gamble of Hiawatha, KS, Shirley Murphy of Tularosa, NM, Cheryl (Nate) McBride of Vallejo, CA and an Aunt, Gaynelle Smith of Denver, CO a long-time friend Jessie (Jackie) Williams of Kansas City, MO. Many nieces, nephews, cousins and friends. A memorial service is to be held Wednesday, November 1, 2017 at 1:00 p.m. at the Greater St. Matthew Missionary Baptist Church located at 2835 Indiana, Kansas City, MO 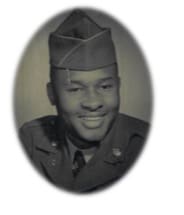 Gone yet not forgotten, although we are apart, your spirit lives within me, forever in my heart. Miss you Uncle Bob.

We will miss you Uncle Bob!

Couldn’t ask for a better brother. Always took care of his sisters. As Carol said, you will always be with me, always be in my heart. I love you Bob and will miss you terribly.