Robert E. O’Connor (76) passed away on July 21, 2020.  Bob was born in St. Louis, Missouri, on September 20, 1943 to George and Helen O’Connor.  He graduated from St. Louis University High School and then went on to St. Louis University, where he received a degree in Business. After receiving his degree, Bob served in the Navy, reaching the rank Lieutenant.  Bob started his career as a sales representative for Honeywell, at that time one of the top 3 computer firms.  In the early 1970’s he moved to Kansas City to join United Computing Systems, then a leader in the new field of time-sharing computing.  He spent a decade at United Computing in various positions including VP of Human Resources.  In 1983 he launched a new management consulting firm, which he ran for the next decade.  He later joined the start-up telecom division of Black and Veatch.

Bob married his wife Donna (Becker) after a whirlwind courtship on August 26, 1967.  Together they created a beautiful family of five children and 16 grandchildren with many wonderful memories of Colorado family vacations, holiday celebrations and lots of laughter.  Their home was always full of love and chaos with their children, grandchildren, children’s friends, and a variety of pets. Bob was an avid soccer player throughout his life, playing for both for his high school and club team.  One of his favorite memories to share was his club team’s national championship title where they went 33-0-1.  After his playing career ended, Bob went on to share his passion with hundreds of children as he coached his children’s and grandchildren’s youth soccer teams.  Bob adored his grandchildren and spent hours attending their events and cheering them on.

A celebration of his life with family and friends will be held on Saturday, July 24, 11:00 at St. Ann Church, 7231 Mission Road, Prairie Village, Ks.  Afterwards there will be a luncheon where, in true Bob style, we will share lots of stories and a little bit of blarney.  Assistance by Funeral Advocates, LLC 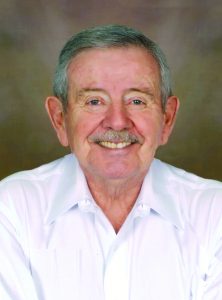 Love you Bob. All the best to your wonderful clan

Bob will be sorely missed at our gatherings as he always had a wonderful story to tell – generally around soccer! Our condolences to his wonderful family.

Bob will be missed for his extraordinary way of making you welcomed whenever we entered his home. A great, son, brother ,husband, father and friend. Rest in peace, dear friend.

It was a real pleasure to enjoy 30 years of golf and poker with Bob. He was a true gentleman, and a devoted husband and father. RIP, Bob, you will be missed deeply.

Donna, I’m so sorry to read of Bob’s passing. I know your family will be a wonderful blessing to you at this time, and always. Hugs, Lady.