Sam was born July 11, 1931 in Armstrong, Missouri to Sam and Ruth Snoddy. Sam graduated from the University of Missouri. He was a Traffic Control Officer for the USAF for 2 years during the Korean Conflict. He met Rose Ann Nevers during their years of service in Hawaii, while she was a Navy nurse. They married July 1, 1956. They moved into the house they built in Overland Park and lived there over 60 years. He was employed by the GAF Building Materials Corp for 37 years and retired in 1993. Sam and Rose Ann enjoyed many years of RV travels. Sam was preceded in death by his wife and 1 sister.

Many friends and neighbors watched out for him in the final months of his life. Many thanks go out to the nurses and doctors at Overland Park Regional Hospital for their kind and compassionate care, during the last two weeks. Memorial Contributions can be made to the American Lung Association 55 W. Wacker Drive, Suite 1150, Chicago, IL 60601 Arr: Signature Funerals 816-214-5174. www.cathyb6.sg-host.com 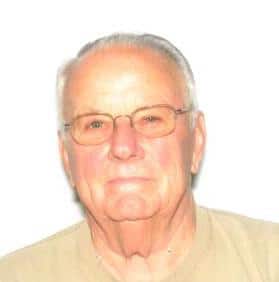