Thomas Richard Wilson (65) of Kansas City, Missouri died February 17, 2018 from ampullary cancer.   Tom is survived by his wife of 32 years Betty Wyrsch Wilson, and by his two children, Brendan Wilson, (Jordan), and Colleen Wilson, and his two beloved grandchildren, James and Catherine Wilson. He is also survived by his sister, Marilyn Richards (William), and by his niece Holly Page, as well as numerous members of the extended Wyrsch and O’Connor families.

Tom was a proud Eagle Scout, and a graduate of Ruskin High School. He attended the Kansas City Art Institute, and did graduate studies at the University of Missouri.   He followed in his father’s footsteps in serving the Kansas City Fire Department, for over 28 years starting as a firefighter and achieving the rank of Captain prior to his retirement.

In addition to his family and work life, Tom had an amazing set of interests and skills which not only gave him great pleasure but also provided service and benefits to those around him.   These ranged from French and Indian War reenactments, to world-class gardening and plant cultivation, to all forms of artistic expression in a variety of mediums, to fishing in Texas and Minnesota, to learning Spanish in retirement, as well as taking on a variety of volunteer activities.

A Memorial Service for Tom will be held on Saturday, March 10, 2018 at St. Thomas More Church, 11822 Holmes Road, Kansas City Missouri at 10:30 am.   A reception will follow in the church hall.   Internment will be private. 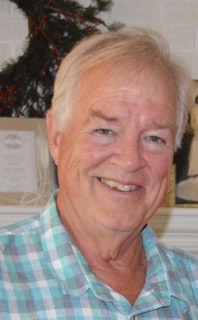